Be Ready for ICE: Employer's Compliance Obligations, How to Conduct Internal I-9 Audit and How to Correct Your Errors

I9 Violation can cost you big, learn more about violation, audit, penalties & more

Immigration attorney Bruce Buchanan, the co-author of I-9 and E-Verify Handbook, will discuss the 5-fold increase in Immigration and Customs Enforcement (ICE) enforcement, through I-9 Inspections, and the doubling of ICE penalties to a maximum of over $2200. per I-9 violation. Mr. Buchanan will teach employers what to do now before an ICE inspection - conduct an internal I-9 audit, including how to correct errors on I-9 forms, and an effective Immigration Compliance Policy for your organization.

This webinar will teach participants the following:

Bruce E. Buchanan is a partner at Sebelist Buchanan Law PLLC at their Nashville and Atlanta offices, where he primarily represents employers in all aspects of immigration law, with a special emphasis on employer immigration compliance, as well as employment/labor law matters.

Mr. Buchanan received his law degree from the Vanderbilt University School of Law in 1982. He served as senior trial specialist for the National Labor Relations Board for 20 years. Mr. Buchanan also served for 12 years as Adjunct Professor at William H. Bowen UALR School of Law. After going into private practice in 2003, he worked at two law firms, including Siskind Susser P.C., before forming his own law firm in late 2015.

Mr. Buchanan authors his own blog on employer immigration compliance for ilw.com. He is also the editor of the Tennessee Bar Association's Immigration Law Section Newsletter and Labor & Employment Law Newsletter, and AILA’s Georgia-Alabama, Central Florida and South Florida’s Chapters Newsletter on 11th Circuit decisions, OCAHO decisions and BIA decisions. Mr. Buchanan recently served on the American Immigration Lawyers Association’s National Verification Liaison Committee. He is past-Chair of the TBA's Immigration Law Section and Arkansas Bar Association’s Labor and Employment Section. Mr. Buchanan currently serves on the Board of Directors for the United Cerebral Palsy of Middle Tennessee and the Lupus Foundation – Mid-South.

Mr. Buchanan is admitted to practice in Tennessee, Georgia, Florida, and Arkansas, and before the U.S. Court of Appeals for the Fifth, Sixth, Eighth, and D.C. Circuit.

Also, please check your junk mail or spam folder for events@complianceprime.email or customercare@gotowebinar.com. If you are still unable to find it, contact our Customer Service at (888) 527-3477, 8:00am-4:30pm EST Monday-Friday, for a new one.
How will I get the CEUs/Credits for attending a Webinar?
Please login to your account and download your “Certificate of Participation” against the webinar you are registered for. It usually available there in next 48 hours after the webinar.

For that, login to your user account. Go to Orders > Webinar. You will see a “Attendees” button. Click on that, it will go to Add Attendee page. There you can add Attendee details. Once you have added the details, you will be taken to Attendee Listing page, where you can see “Certificate Download” button to download certificate.
What is Recording and how will I receive this?
If you opt for Recording we will share a link of the respective webinar which you have chosen within 10 business days after the webinar day. You need to login to your account to download this webinar recording in mp3/mp4 format on your computer system.
After you have purchased a recording, login to user account. Go to Orders->Recording tab. There you will find a Download link. Click on that to download the video.

Can I share the recordings with my colleague?
No. You need to buy additional recordings for each of the other participants.
What is On-Demand and how can I access that?
On Demand webinars are the online programs that allow you to earn CEUs at your convenience. You can watch it multiple times for 30 days from the date of your purchase. You just need to go into your Compliance Prime account to access that.

Once you have purchased a On-demand video, login to user account. Go to Orders->On-demand tab. You will find a Watch Now button. Click Watch Now button to watch the video.
What is the difference between Recording and On-Demand?
In recording you can download the webinar and keep it with you forever. Where as in On-demand you can stream the webinar for a period of 30 days and you cannot download this.
What is Transcript (PDF) and how can I access that?
A Transcript is the written PDF file, which contain word-to-word recording of presentation. You can download it and read it whenever you want. In order to get the transcript, please login to your account. Then go to Orders->Transcript tab. You will find a Download link. Click Download link to download the transcript
What is this Conference Room option, and how it works?
A conference room with Unlimited Participants will allow you to gather as many people you want in a conference room and attend together. You will get a single login details which you can use to access the webinar from a conference room with unlimited attendees.
Can I still receive Continuing Education Credits if I view the webinar recording or on-demand instead of the live presentation?
Continuing Education Credits can be availed for On-Demand option but not for the recordings.
Is there a deadline to register for a webinar?
You may register online up to one-half hour prior to the live webinar.
Can I print the Presentation Materials and Handouts?
Yes you can.
Can I pay by check or through a Purchase Order?
Yes, please contact us to request for this. You can chat with us, call at 888-527-3477 or email at help@complianceprime.com
What are the Packages?
We have created some packages of previously held webinars from similar interest group. By going for this option, you can save almost 50% every time as compare to the individual products.
Can I create my own package?
Yes you can. Please select the webinars and let us know. We will adjust the price accordingly for you.
Can I share this membership with my colleague?
No. It's not allowed. You can not share the membership with anyone. If you need additional user access, please purchase an additional subscription. 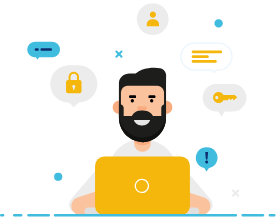 Attend any of our live webinars, more than 100 every year and all previously recorded webinars in On-Demand format related to HR, Payroll, Affordable Housing, Construction Law Management, Microsoft Office and Performance Management Office.

All our HR related programs are pre-approved for HRCI and SHRM credits, for which you don't have to pay anything.

Each program comes with Additional Course Materials, which you can download and read anytime.

If you have a group, we offer good discounts on group membership.

Compliance Prime believes in providing better training. We have been providing high quality training to business professionals for several years. 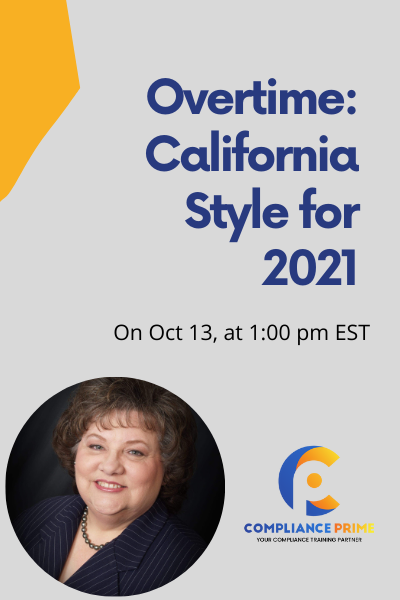 Similar Events
Medical Marijuana in the Workplace: What Employers Should Know
By Janette Levey Frisch
Behavioral Interviewing Reinvented: Competitive Practices for Hiring Smart
By Bob Verchota
Are WE No Longer User Friendly?
By Anne Sadovsky
What people are saying about us

Thanks to you, we don't miss any update from my industry. I will recommend my colleagues to sign-up.

After seeing a few different tutorials on the subject, this is the first one that included real-world "heads up" advice for getting the most out of the pivot table environment. The presenter was Extremely knowledgeable.

Speaker was very animated, which I found amusing and kept me engaged on a topic that could be quite boring.

Great speaker and very detailed information. I got a lot out of this webinar. Thank you.

The speaker was extremely knowledgeable. Speaker moved the program forward at a good pace. The time flew by.

Thank You For Signing Up

A Confirmation Email is Sent to Your Registered Email Address.
The Dial-In Details Will Be Shared 48 Hours Before the Webinar Date Via Email.